Rosenthal & Wadas is open for business while working remotely and are available by phone 24/7. 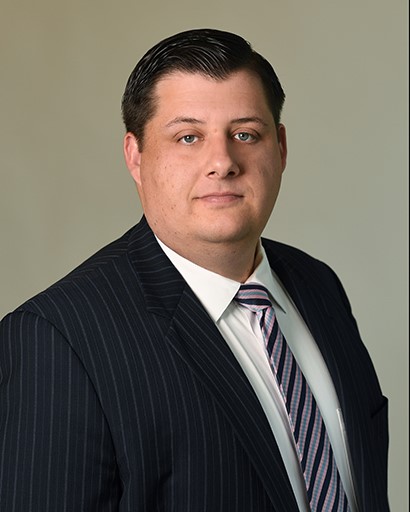 "
Many times family law cases can get mixed up with criminal law cases and Ryan’s knowledge and experience of both areas effectively guide his clients through these difficult issues.

Ryan’s practice also has a strong emphasis in criminal defense, where he represents clients in cases ranging from aggravated assault with deadly weapons to allegations of injuries to children. Concern for people and families propels Ryan Kreck to handle family law cases including family violence, child support, divorce and custody cases.

Throughout his career Ryan has been involved with several jury trials involving Child Protective Services (CPS). His experience with CPS investigations enable him to navigate around all the obstacles involved with these types of cases. Ryan Kreck is a skilled and aggressive attorney who can be a shrewd negotiator, a compassionate mediator and an insightful advisor.

Ryan began his career by opening his own law office in Sherman, Texas. He then joined Nix and Hoover, that soon changed its name to Nix, Hoover & Kreck. In 2013, Ryan began working with Loughmiller Higgins P.C. where he represented clients in complex family law cases. He also defended clients on criminal cases which arose from their divorce or child custody cases. Ryan joined Rosenthal & Wadas, PLLC in November 2014.

Ryan Kreck received his Juris Doctor from South Texas College of Law in Houston, Texas in 2008. Prior to law school, Ryan graduated from Baylor University with a degree in Political Science. Ryan was involved in mock trials both in college and law school and was recognized for his trial advocacy skills. He writes blogs for the firm at https://collincountyfamilyattorneys.com/.

Outside of work, Ryan coaches his children’s soccer teams and is Captain of his local ice hockey team. Ryan is also an avid hunter.

I am giving a 5 star review for Rosenthal and Wadas but more specifically for Ryan Kreck, Attorney at Law. He has represented different members of my family in criminal cases; as well as, a DWI. Mr. Kreck is respectful and truly cares about your case and you as a person. He is an attorney that will answer an email quickly and at times he'd squeeze a slot open just to update us in person on a case or at one point cases. I have had experiences before with another firm and nothing compares to Rosenthal and Wadas. Ryan Kreck is the bulldog you want in your corner because he will not stop until you get the best result possible. He has great rapport with judges and prosecutors and you know your case is in good hands when Ryan is handling your legal battles!
I highly recommend this place, my husband and I have used Ryan Kreck for our case and he is really reliable, timely, reasonable, and courteous to his cases. Ryan is really well versed with different types of legal situations , and is well worth the money.

We Pick Up the Phone

Call For A Free Confidential Consultation